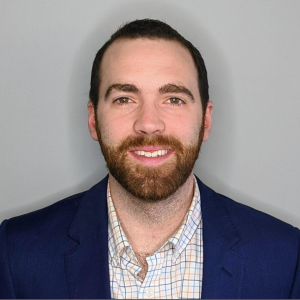 Staying true to their roots, Wheelersburg and Ironton engaged in a hard-hitting dual to begin the season.

“It wasn’t the prettiest of wins, but they all count as one.”

Boy, was he right.

In a game with no flow, very little offensive production and a bevy of flags thrown, Pendleton’s Tigers were able to push just a little bit longer, and a little bit further, to walk away with a 12-3 win on Friday night in Wheelersburg.

It was an electric atmosphere leading up to kickoff, the stands were packed with an estimated 10,000 and the fences were lined.

The Tigers (1-0) came out trying to establish their passing game, but to no avail. In fact, it quickly looked like they were going to be in for a long night.

After a quick three-and-out, Wheelersburg (0-1) received possession and marched right into Tiger territory on the legs of Ethan Glover, who set up a 1st and goal play from the 10-yard line with 3:30 left in the first quarter. Three plays later, the Pirates drew first blood on the leg of Connor Estep to take a 3-0 lead.

The Tigers responded in a big way with a 42-yard kickoff return and two plays later sat at the PIrates’ 20-yard line as the first quarter came to a close. Momentum, however, quickly shifted back to the Pirates when Ironton quarterback Tayden Carpenter’s pass was picked off in the back of the end zone by Eric Lattimore.

Wheelersburg struggled the rest of the half to maintain any momentum on offense as penalties piled up.

“I can think of four key situations when that happened and it just can’t happen in a game like this. We know we have to be better.” Wheelersburg coach Rob Woodward stated. “We have to be able to execute, and we are going to get better because our kids are extremely coachable.”

After a slew of penalties and a lackluster punt, Ironton took over inside Wheelersburg territory at the 47-yard line. Eleven plays and 48 yards later, it was Carpenter who found Ty Perkins through the air to put their mark on the game, taking a 6-3 lead heading into halftime.

Wheelersburg started the second half with the ball, but the entire half could be boiled down to two things; additional penalties and a bruising running game from Ironton.

The Tigers depended on their one-two punch of senior running backs Amari Felder and Jaquez Keyes to finally put the game away.

After trading three-and-outs, the Pirates looked as if they had momentum before two offensive penalties and an interception by Ironton’s Landen Wilson opened the door for the Tigers’ two backs to punish Wheelersburg.

With five minutes left, Felder was able to create some room, and he didn’t need much, to rip off a 45-yard rush to the Pirates’ 18-yard line. Three carries from Keyes then set up a 1st and goal from the nine-yard line before Felder capped the drive — and the game — with a nine-yard touchdown scamper to round out the night’s final.

“We just believe we have the best running back room in the state, and we are going to lean on those guys in times of need,” Pendleton said. ” They’ll get the job done.”

Felder tallied eight carries for 68 yards and a score while Keyes took the role as the bruiser, toting the rock 11 times for 36 yards. Carpenter was 7-of-13 through the air for 38 yards alongside the touchdown pass to Perkins. Overall, the Tigers ran the ball 26 times for 140 yards, avering 5.3 yards per tote.

Wheelersburg was led by senior Derrick Lattimore, who ran 10 times for 39 yards. Glover had 10 carries for 51 yards and Eli Jones was just 2-of-10 passing for 14 yards. Overall, the Pirates ran the ball 38 times and tallied 171 yards. However, they were laden with penalties, racking up 12 on the night for 85 yards.

Ironton is back in action this Friday in a huge road game at Jackson. Meanwhile, the Pirates will look for their first win while traveling to Cincinnati Archbishop McNicholas.

“This win started in the film room on Monday,” Felder said. “We executed all week and kind of called out what [Wheelersburg] was going to do before the plays happened. Everybody flew to the all and we got the job done.”